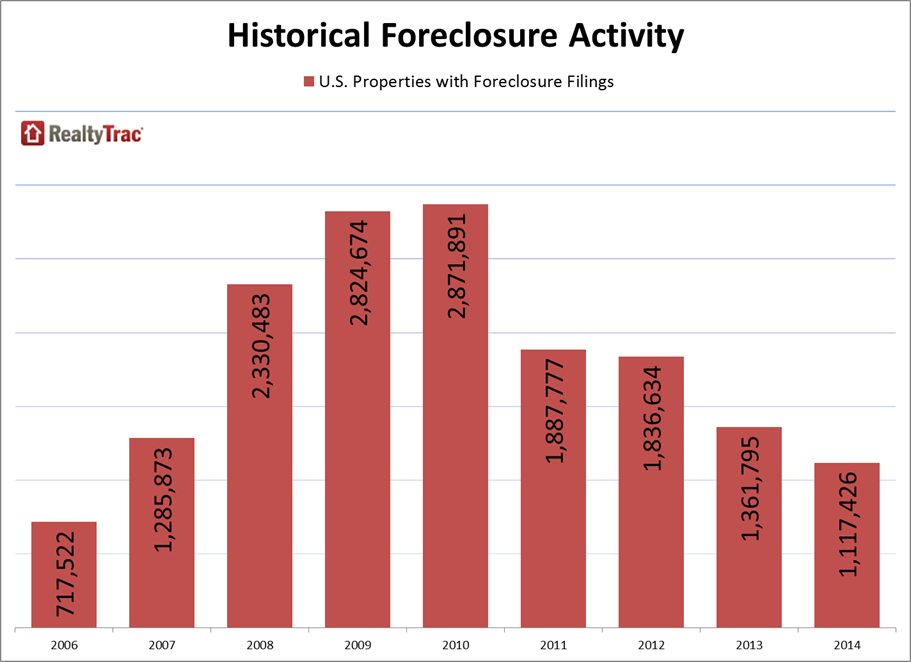 Foreclosure filings—default notices, scheduled auctions and bank repossessions—were down 18% in 2014 compared to the prior year, according to a report released today by Irvine, Calif.-based real estate data firm RealtyTrac. The 1.12 million properties with filings during 2014 represent a 61% drop from 2010, when foreclosure filings peaked at 2.87 million.

“To me, this means that the housing market can move forward on much more stable footing. One pillar of the housing crisis is gone,” said Daren Blomquist, vice president of RealtyTrac. “That will allow a lot of stakeholders involved in housing to move forward with confidence that there’s no shadow inventory of foreclosures that’s going to rear up and disrupt the housing recovery–at least on a national level.”